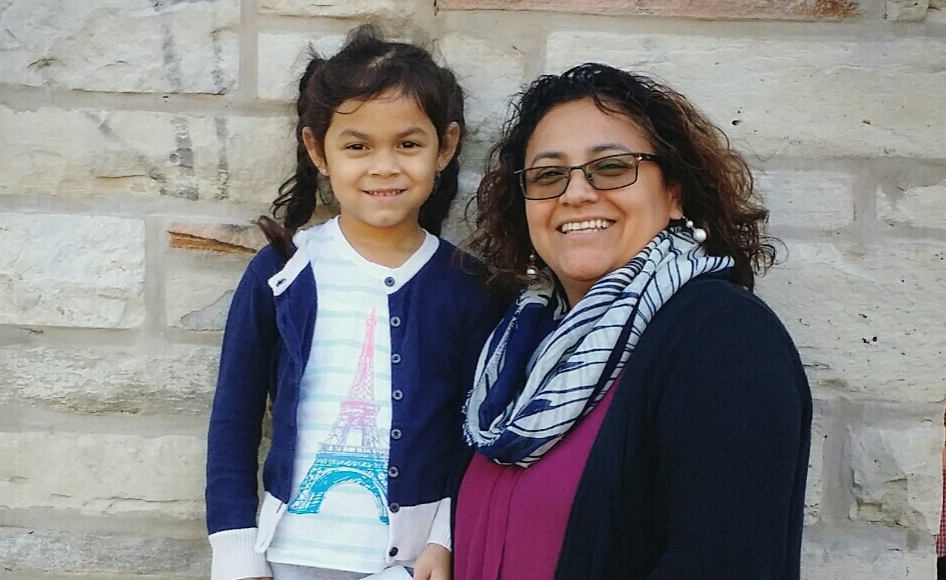 “It has been an awesome experience – I’ve learned a lot. I love the support that we receive as parents. My daughter always greets her former teachers with a hug, she’s going to remember them for a long time.”

Sandra would have preferred to stay with her daughter until she was ready kindergarten. However, the realities of working full time to support her family made that simply not possible. Sandra was apprehensive about placing her daughter in a daycare, especially after hearing horror stories on the local news. “For me that was the biggest thing, needing to trust that someone would take care of your child the way that you would.”

When Sandra enrolled her daughter in Onward House’s Early Childhood Education program, she worried about how staff would handle her daughter, who shook and cried during potty training. At Onward House, teachers soothed Sandra’s anxiety, letting her know that her daughter’s reaction was normal. And teachers were right; within four months Sandra’s daughter learned to be a confident potty user. That milestone fully convinced Sandra that her daughter was in the right place.

As much as she wanted to be her daughter’s only teacher, Sandra recognized that Kindergarten readiness is a team effort. “She’s blossoming. I honestly believe that if she had stayed with me, she wouldn’t be ready for kindergarten. I practice things like sharing with her, but it’s different for her to learn with other children to take turns, make good choices, and to be able to recognize her emotions and calm herself down.”

From the beginning, Sandra has been an incredibly involved parent, she first represented her daughter’s classroom for policy meetings, and is now the Chair of the Parent Policy Committee. The committee advises on program policies and activities, including participating in the recruitment and screening of new employees – something that Sandra feels helps parents feel more confident that their children are in a safe, nurturing environment.

“It has been an awesome experience – I’ve learned a lot. I love the support that we receive as parents. My daughter always greets her former teachers with a hug, she’s going to remember them for a long time.”

Now in her last year of the Early Childhood Education program, Sandra is looking to teachers for guidance and support as she navigates the process of choosing schools and transitioning her child to kindergarten. “People ask me, ‘what did you do to have your daughter be so confident and independent?’ I tell them that one thing that helped was the Head Start program.”