“This is a great opportunity for the community at large to support these businesses so they can grow,” said Mario García, executive director for Onward House. “They will not only be impacting a business, they will be impacting families that are trying to make a better economic life for themselves.”

EXCERPT: A Belmont Cragin-based nonprofit is lifting up minority and women entrepreneurs who would’ve otherwise had a difficult time launching their small businesses by giving them affordable retail space in Logan Square.

Onward Neighborhood House is opening its first-ever “retail accelerator” in a long-vacant storefront at 3633-37 W. Fullerton Ave. Saturday is the grand opening. A short program is scheduled for 3 p.m.

The entrepreneurs are recent graduates of the nonprofit’s business incubator program, now in its third year.

Casa Brow, a semi-permanent makeup and microblading business from Hermosa resident Vanessa Puente, and Namaslay Yoga from Pilsen resident Hayde Canales, are the first two businesses to move into the storefront. 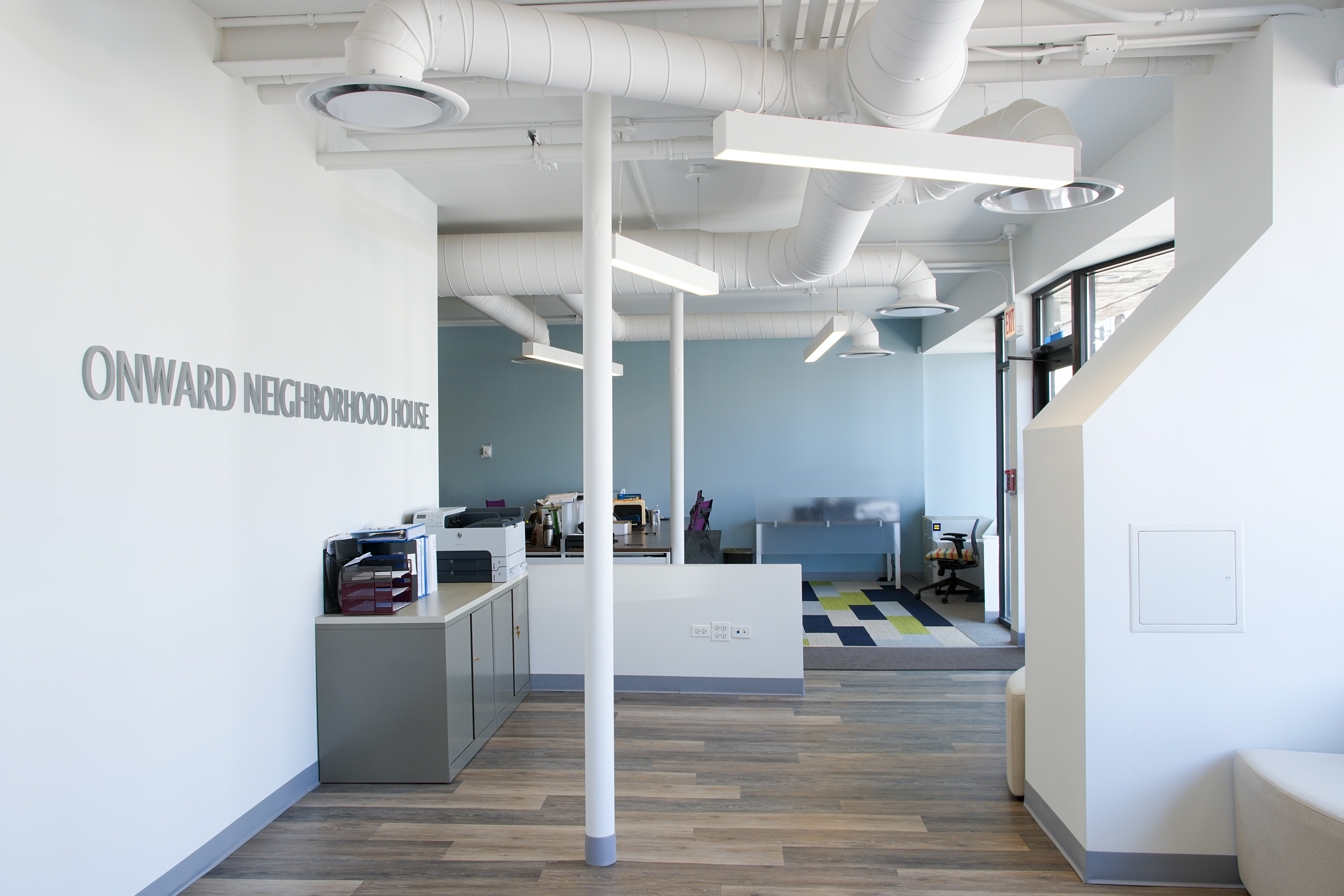 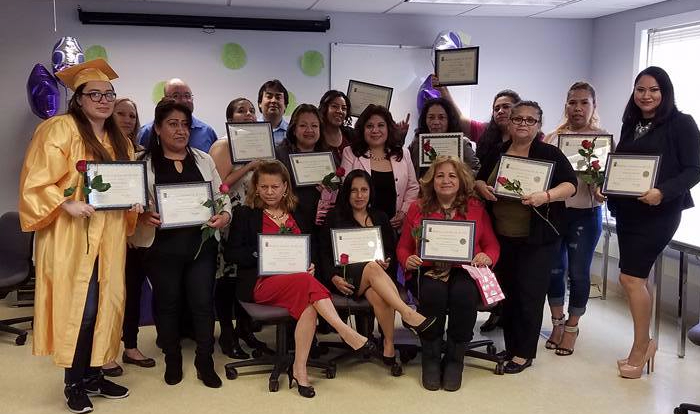 A short segment documented on Thursday, May 11, 2017 by NBC News Chicago.
This clip represents our mission here at Onward Neighborhood House, which is to empower families and individuals in need to achieve their fullest potential. 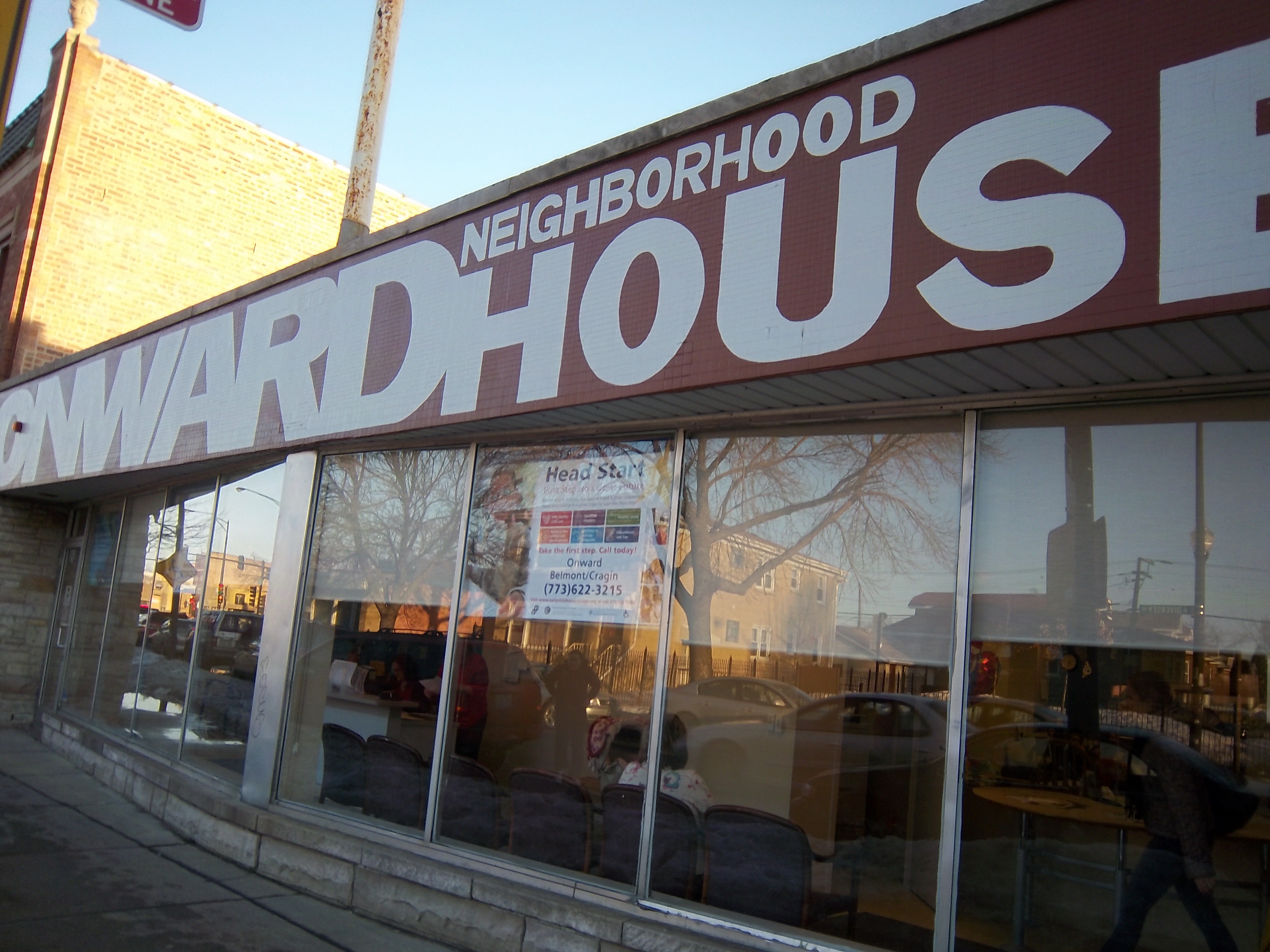 “The West Town community now features many new single-family and townhomes,” Garcia said. “As our families have migrated, so also has the need for the services we provide.”

EXERPT: “According to U.S. Census data, West Town had 18 percent fewer residents in poverty in 2011 compared to 2000. Belmont Cragin experienced an 86 percent increase in poverty during this same time frame.

Recognizing the growing need in Belmont Cragin, Onward Neighborhood House’s board voted to open a second facility in the neighborhood six years ago. Today, Belmont Cragin resembles the West Town “of decades past,” Garcia wrote.

“It is a vibrant, overcrowded neighborhood of first and second-generation immigrants,” Garcia wrote.

In August, Onward Neighborhood House opened a food pantry at St. Peter’s United Church in Belmont Cragin. More than 20 percent of the neighborhood’s residents are “food insecure,” Bollin said, meaning that they lack regular access to the food they need.

The food pantry, in the basement at St. Peter’s at 2805 N. Linder Ave., is open from 4-6 p.m. Thursdays, and as demand increases, the non-profit plans to make the pantry available twice a week.

Proceeds from the sale of the Onward Neighborhood House’s Leavitt building will be re-invested in the organization. The new Belmont Cragin building adds more than 9,000 square feet of administrative and programming space, Bollin said.

Before the move, families served by Onward were transitioned to other programs in West Town, including programs at Erie Neighborhood House, 1701 W. Superior St., and Northwestern Settlement, 1400 W. Augusta Blvd.

Onward Neighborhood House’s move follows a number of organizations that have also opted to leave West Town or branch out to West and South Side neighborhoods. East Village Youth Program, which started in 1989 to serve students at the now-shuttered Hans Christian Anderson Elementary, moved to Avondale in 2007.”

Read the DNAinfo articles about our historic move: