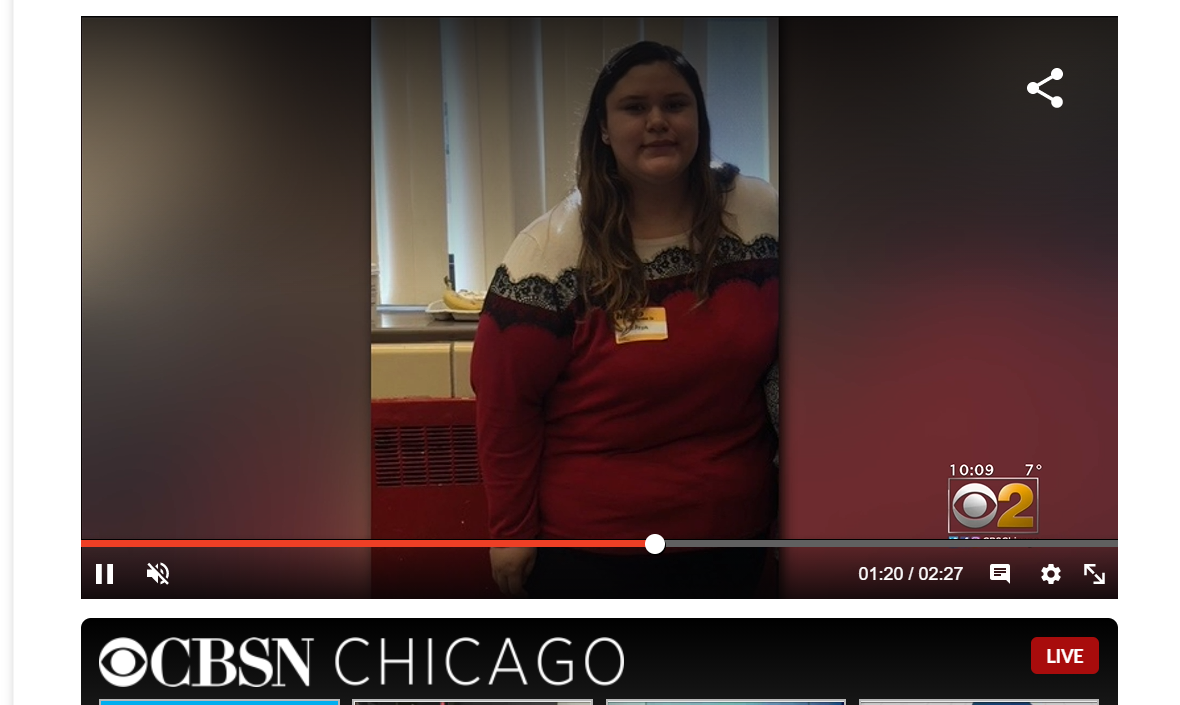 Our own home-based Teacher Melissa was interviewed by CBS as she received a vaccine shot.

It’s no accident that the program’s first vaccination event was held in Belmont Cragin – the neighborhood with city’s largest Latino population and also among those hardest hit by the virus. Thousands of residents there have already been exposed.

“I did have COVID recently. It was a little scary,” said Melissa Mendez of Onward House in Belmont Cragin, a not-for-profit daycare. “Luckily, I was OK, but after that kind of scare, I was like, OK there is a vaccine, so I would love the opportunity to get one.”

Mendez got that chance on Saturday, along with over 200 others. Like everyone else who was out for their vaccines with her, Mendez works in childcare…

“I would go into homes,” she said. “We would do education with the children once a week.”

She said getting children to wear a mask has proven impossible. But doing her work remotely has, in some ways, been worse.

“It’s so hard to do it with the screen, but the little ones are telling me, ‘Come over, and I’m like, ‘I can’t, I’m so sorry,’” Mendez said. “It’s hard watching them suffer through this pandemic too.”

She wears her love for the kids she cares for on her sleeve.

“I feel really good,” Mendez said. “I’m the first in my family. They were excited for me to get vaccinated. They wanted to know how I felt. They were nervous as well. It’s a really nice feeling to know your community is getting better.”

In addition to focusing on a primarily Latino community, the initiative Saturday with Protect Chicago Plus focused on child care providers in particular – with the hope that while parents are working, providers can safely watch after their children in person.

In total, the city will hone in on 15 of Chicago’s hardest-hit minority neighborhoods, such as Englewood and Humboldt Park.